Over the last two months the WoMMeN breast screening information hub has hosted a feasibility survey to see whether our visitors like the hub. We were very happy with the results and thought you might like to know what you told us! 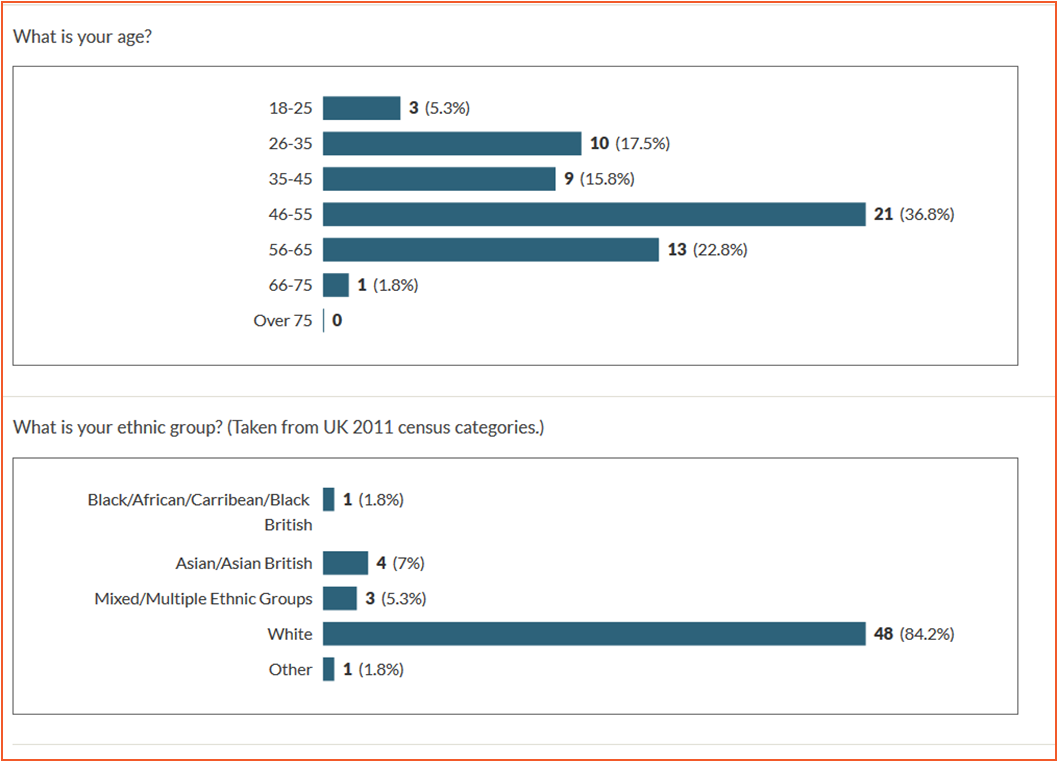 Chart 2. Who completed the survey.

Well, of course for confidentiality reasons we can’t say exactly WHO you are! But as we know, the devil’s in the detail; it’s always really important to understand whether a survey has been completed by the people we’re wanting to target. Well this survey was, just about (chart 1)!

You were mainly in the target age group and you were mainly members of the public (chart 2). However, we did tend to attract a mainly white British group so we can’t be sure that the responses would be the same from other ethnic groups. The results should therefore be interpreted with this in mind.

Chart 3. How useful is WoMMeN as a source of information?

All of you thought the hub was a good source of information about breast screening (although one of you sat on the fence about that one) -(chart 3).

All of you would return to the hub and recommend the hub to others (or possibly would, charts 4 and 5),

Chart 4. Will you return to the hub?

Chart 5. Would you recommend WoMMeN?

and here are one or two of the reasons you gave…

Reasons you gave for why you would return

Has the hub influenced your decision to attend for breast screening?

Now the important question. Has the hub influenced your decision to attend for breast screening? A massive 21 said yes and 16 said possibly. Those who said no were mainly in a group who had already decided to attend. A couple of people said no, because they didn’t really believe in screening – that’s fine too. Nobody said that the hub had put them off and changed their decision to attend in a negative way. Here are some of your comments. 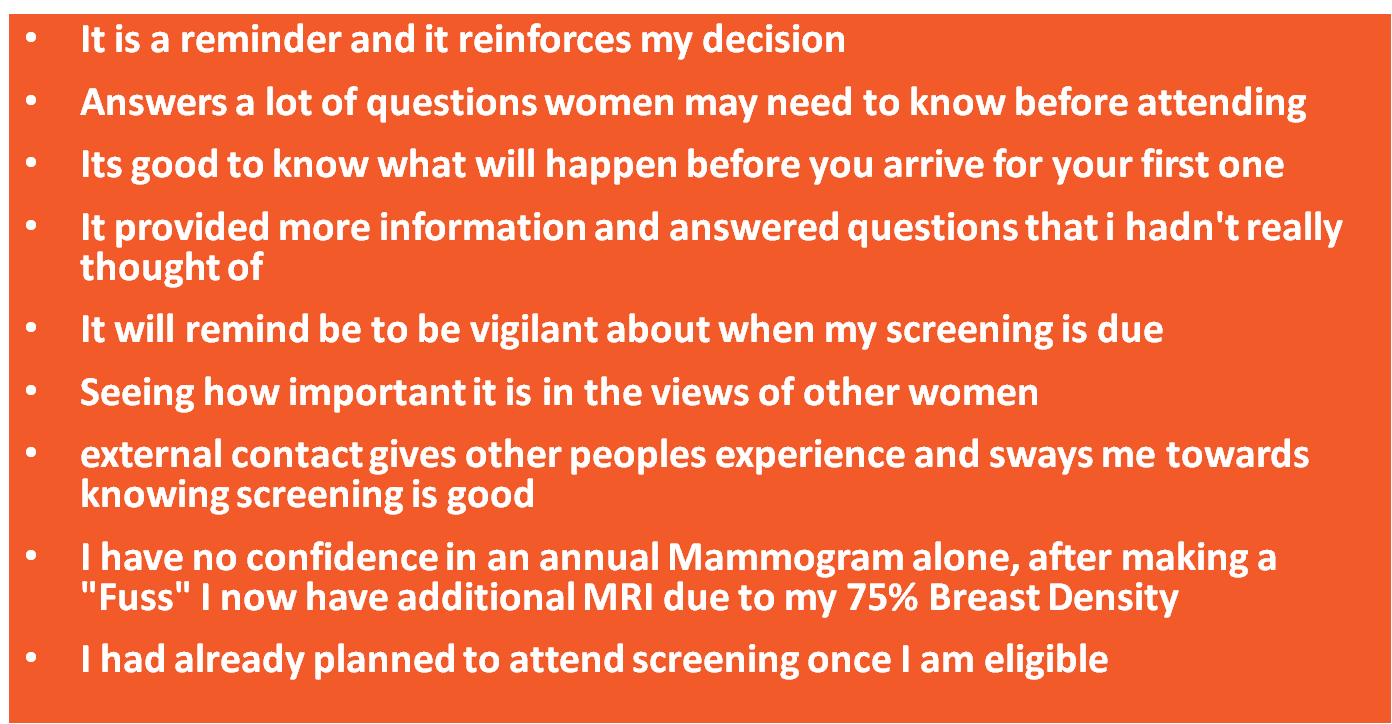 Has WoMMeN influenced your decisions?

Something we find really interesting..

We asked how you got to know about the hub. Well for most of you it was word-of-mouth (we know that’s really important as you can see from the title of our hub) but for a few of you, you found us on Facebook and Twitter (chart 7).

Chart 7. How you got to the survey

Over October and November this year, the same period of time as the survey, we ran a digital ad campaign about the hub on Twitter and Facebook, aimed at our target audience. Nearly 30% of you came to us through this route. This has massive implications about how we can use Social Media to promote health information including breast screening information. We will be investigating this further by working with some great digital media students at the University of Salford. However, what we’d really love is for your breast screening invites to include a link to the hub. This is proving really difficult as the NHS Breast Screening Service (NHS BSP) don’t like to approve breast screening information sources unless they’ve been thoroughly researched and checked for quality by themselves. Yes, this is very important and an admirable approach but is also a bit limited. It denies many women  an alternative means of getting  breast screening information. We know people prefer to use on line sources of information rather than reading leaflets sent through the post.  However for now, until we can get the WoMMeN message out there, most people will be stuck with the leaflet.

If you have a comment about this which we can use to persuade NHS BSP to promote the WoMMeN hub then please leave your comments here.

We look forward to hearing from you!

(Oh, and many congratulations to our Fitness Tracker winner who was informed about her winnings today)