Our last blog, written by mammographer Cathy Hill, explained what breast density means and why dense breasts can be a problem on mammography. This triggered WoMMeN hub reader, Pat Copestake to send us her real life story. 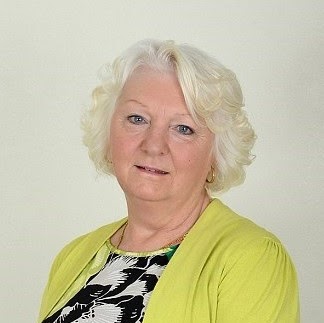 I told both the Breast Screening Clinic and also my GP that I was (slightly, as I was a regular at the screening clinic) concerned about a “thickening” I could feel in my left breast, only to be told,

“That’s normal for you! come back when you feel something different”.

My GP noted that as my mammograms were reported as “No Cancer” then I need not worry so (wrongly) I did not worry, had I known at this time I had 75% Breast Density then I would have been more “Breast Aware”

In 2011 / 2012 I was being worked up to donating a live kidney to my son Ryan who is in Renal Failure, his kidney function is only 8% at the moment and he’s now of course on the “waiting list” for a donor. I had several medical examinations over the year 2011 all were favourable, I was a “Perfect match” 100% healthy (I thought) I was accepted as his donor. Graham my husband asked many times to go to see my GP (again) and ask about the “thickening” in my left breast as he was very concerned about it. I thought yes! I would just in case it was a infection and then I should get it treated, I did not want anything to stop me or delay me from donating one of my kidney to my son this was so important to me. I went to see my GP who first looked at my mammogram reports and then he assured me that it would not be anything nasty and gave me antibiotics for 2 weeks as he believed it to be swollen lymph glands due to an infection, I wanted to be sure that nothing would stop me donating my kidney. 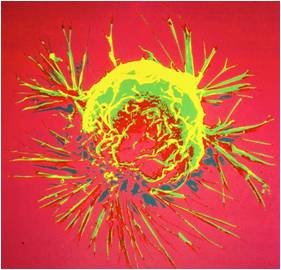 I’m glad that I went back after 2 weeks and I asked him for a referral to the Breast Care the local hospital. I was granted this, but a lower risk assessment to the Hospital Breast Care Dept. even on the day of diagnosis the Mammogram still did not show my 7cm Invasive Tumour at stage 3 yet the Ultrasound well found it and then there were alarm bells! I asked all my consultants here at the local hospital where I have treated why my Breast Cancer had not been diagnosed as my last mammogram was just 6 months before.

I was told that “sometimes it doesn’t but it usually does” also “your mammogram done here at the hospital is the same as your routine mammogram” I then believed that it MUST have been missed. I wanted to know why a “Tennis Ball” could have been missed so many times. Nobody at the hospital would tell me why? I made a formal complaint to the Breast Screening Clinic and I asked if it was missed. I received their reply (which I still have) they told me that it was “Not missed” it was in fact a “True interval” Cancer and that was it.

Even without me being a fully professional in breast health matters, I did not believe that this was a true answer.

Although at the time I did not know anything about Breast Density I still could not believe that a 7cm Invasive Tumour could develop within 6 months since my routine mammogram (nonsense) I am still upset that they did not explain to me anything about my Breast Density and gave me what I believe was an untrue answer.

I got another doctor (privately) to look at my mammograms and it was he who explained I had 75% Breast Density and that Mammograms are less able to pick up disease in patients with Dense Breast Tissue. I had to make such a fuss at the hospital breast screening unit to get additional screening as they only still wanted to use a annual mammogram only as my surveillance even after my diagnoses.

Thank you, Pat, true stories like this always provide the most powerful insights. We are very sorry to hear about your difficult experiences and wish you all the best for the future.

Although mammograms may not be the best imaging technique for Pat and other women with dense breasts please don’t let this put you off having your mammogram. Most women DO NOT have dense breast so mammography is still the best way to highlight early cancers in the majority of the population. However, if you believe you might have dense breasts, do not be afraid to raise any concerns with your GP or mammographer.

Do you believe that women should be told about their Breast Density if it is a risk factor?

We would love to hear your views on this.  You can comment here or start up a discussion on the forum.

Hello Ladies,
I find this site (WoMMeN) to be the most honest and open it’s designed to help women who are on the Breast Screening Programme, I only wish that I had maybe of found WoMMeN when I was (slightly concerned) about the “Thickening” that I could feel, I mentioned it to the radiologists many times, but it was “Normal” for me.
I would have asked you for some advice, I am sure that then, I would have had my Breast Cancer diagnosed much sooner and at an earlier stage, Thanks for reading my real life experience.
Pat (.)(.)

This should be used in all hospitals as an informative poster so ALL posts are aware of dense breast tissue .it’s true and very informative