Breast cancer: excuse me, are you aware?

This beautiful and moving blog was written by Bev Scragg, mammographer 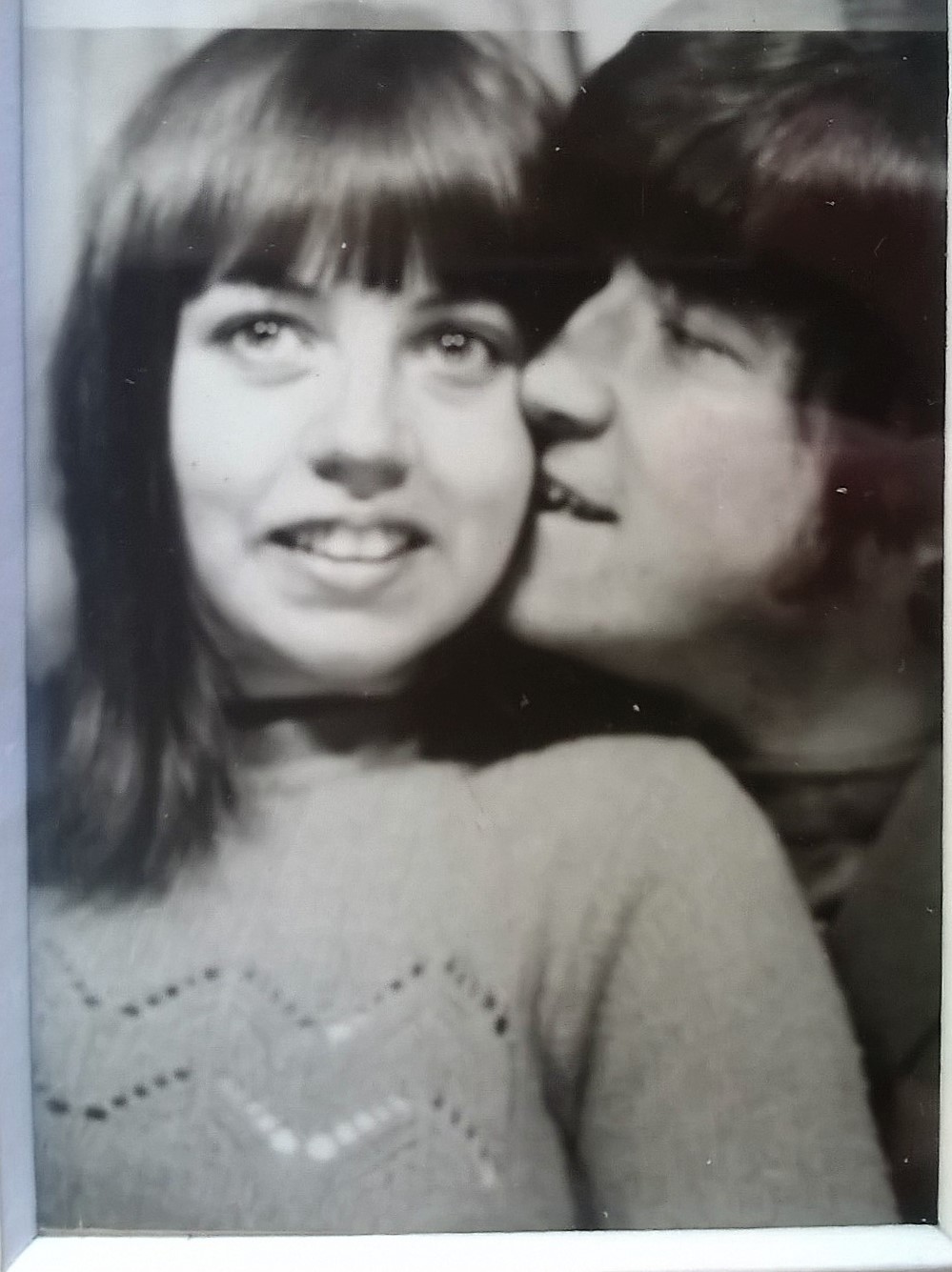 Let me tell you about my mum: beautiful, but with no real awareness of how beautiful; big, blue eyes, generous, pouty lips and whippet-thin limbs; ditzy and giggly, with a predilection for drama; always, always reading whilst trying to find every conspiracy theory known to man; awkward and contrary, determined to never follow ‘good advice’; a cleaner by trade with the messiest house in town. There are three of us kids, and we were absent-mindedly parented through some tough times in the way that the seventies & eighties in the North West were. I can confirm that it was indeed, grim up North.

When she died of pancreatic cancer on February 4th a few years back, she was skeletal, with paper-thin yellow skin, a few sparse strands of grey hair on her over-sized skull and her eyes were opaque – and didn’t see us in the end, as she literally gasped her last breath. After she had passed, my hysterical sister begged me to go back behind the curtain and close her dry lips and dull eyes so that she looked a bit like Mum again; I tried, shaking, but we’d left it too long and to my dismay, I couldn’t fix it. The lovely hospice had managed her pain as best they could, and were willing to help us through our grief, but my placid, easy-going brother had disappeared into the grounds once it looked like the end was nigh, and resolutely refused to step back over the threshold once he knew she had gone. Distraught, us three siblings descended into chaos.

She’s not the only family member I have had die of cancer – there’s a lot of it about, after all, and thus there are lots of people who are related to someone who has had, or died of, this scourge. I’m not one for remembering dates or anniversaries; it’s my way of dealing with stuff: I move on by living in the moment and not beating myself over the head with bad memories. Until I log into Facebook on the 4th February every year to be confronted with that flippin’ candle. 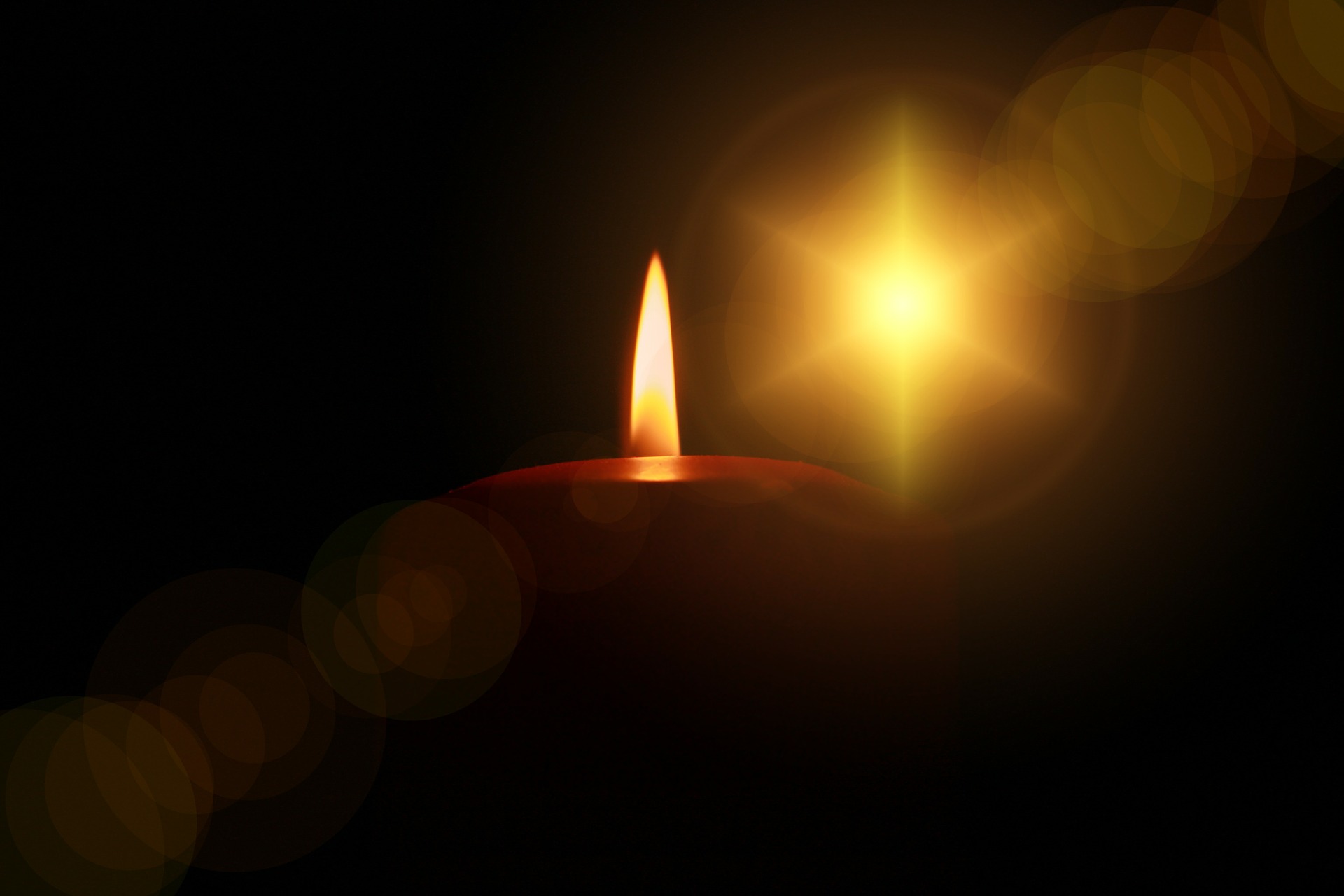 You know the one – it’s a meme (a photograph with a phrase on it) shared over and over again, with the best of intent, popping up on my timeline to make me aware of cancer. 4th February would happen to be World Cancer Day, see, established in the year 2000 by a World Summit, with the idea of:

“the promotion of the research for curing as well as preventing the disease, upgrading the provided services to the patients, the sensitisation of the common opinion and the mobilisation of the global community against cancer.”

You can’t argue with those aims, folks, and a quick look at the ‘Impact Map’ on www.WorldCancerDay.org/map shows that the UK is tops for awareness and impact: we fundraise and conference better than anyone else. We are making a difference.

Do we just actually pootle along with our lives, ‘sharing’ and ‘liking’ those posts on Facebook & Twitter as our ‘contribution’ to Cancer Awareness? Is that really a contribution? There’s another meme that does the rounds occasionally, one where a sick child in Africa is given a cardboard cut-out of a Facebook thumbs-up, with the caption ‘Thanks for giving me Facebook likes to make me better’ or some such sentiment, that may sum up what people who are already aware of cancer feel when ‘awareness’ hits. That’s especially in the case of October, a WHOLE MONTH of breast cancer awareness.

“a whirl of pink ribbons” 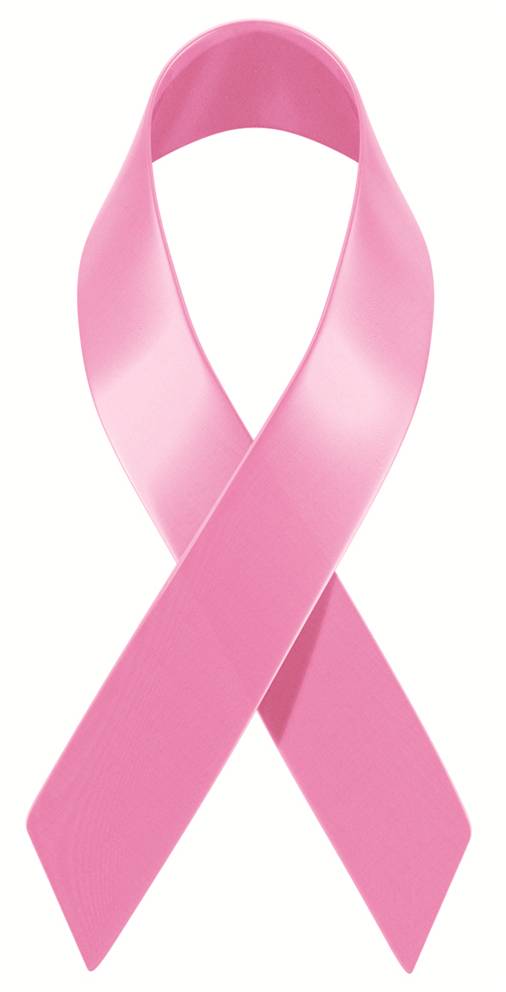 Breast Cancer Awareness month is a whirl of pink ribbons and events, news articles and chat, not to mention the social media equivalent of the chain letter: the shared memes, status updates and #hashtags. It’s everywhere, and maybe for those who already have breast cancer, it’s a bit relentless. A backlash has arisen, with questions being asked about how effective the whole thing is.

Now hold on here, all you good people say, don’t diss’ what I do. I fund raise, I run miles, I give money, I buy goods from companies that donate money to Cancer Research – I am doing my bit. Don’t be so darn ungrateful.

I hear you: I can’t argue with you, and you’re the people we definitely should be grateful to – we can’t ignore the tsunami of cash that has made breast cancer research one of the better funded research areas in the world. Lots of different things make this happen, from direct donations to research, through to sponsored events and buying products associated with that pink ribbon.

Cause related marketing, where products are marketed and sold by businesses, with a cancer organisation getting a portion of the sales price, is a big thing, especially in breast cancer research. And what’s not to like? The company sells the product, cancer research gets some money, the buyer feels the benefit of both the product and being useful to society in a small way. The person selling the product has a job and a wage – money truly makes the world go round. And I can’t argue with the intent, the feeling and the logic behind it all, I really can’t.

I have no objection to, and I applaud, in fact, posts that demonstrate to women that by standing in front of a mirror and raising both your hands above your head you can easily see if ‘something’ is distorting the shape of your breasts. I was supportive of the image that went viral that showed someone’s insidious cancer appearing as nothing more than a dimple on the skin; I think that it’s a good thing that pictures of mastectomy scars and reconstructed breasts are shown and normalised so that in some small way, women who have to have these don’t feel so alone.

“offensive nipples? …get a grip”

I do object to the removal of educative posts such as those because there may be a glimpse of nipple, or that people find those posts ‘offensive’ – the words ‘get a grip’ float across my northern mind, I do confess – and I do object to the pointless ‘fun’ stuff, especially if people already going through cancer, or have been affected in some way by it are ambushed by it on a daily basis. People holding their breasts and pouting do not awareness make. Posting a chain letter complete with guilt trip ‘I bet you won’t post this!’ in the form of a status update – no. Just don’t.

This was explained much better than I can by the late Lisa Boncheck Adams on her blog, and deserves another view just to spread that message even further:

And I think that she echoes what others are saying about Breast Cancer Awareness – for those in the Western world who are already aware, we feel the need for reality, for more effective action. People are asking for more. And we should maybe consider before sharing, the question ‘but what else can I do?’, and that would be some small way to get this thing nailed. 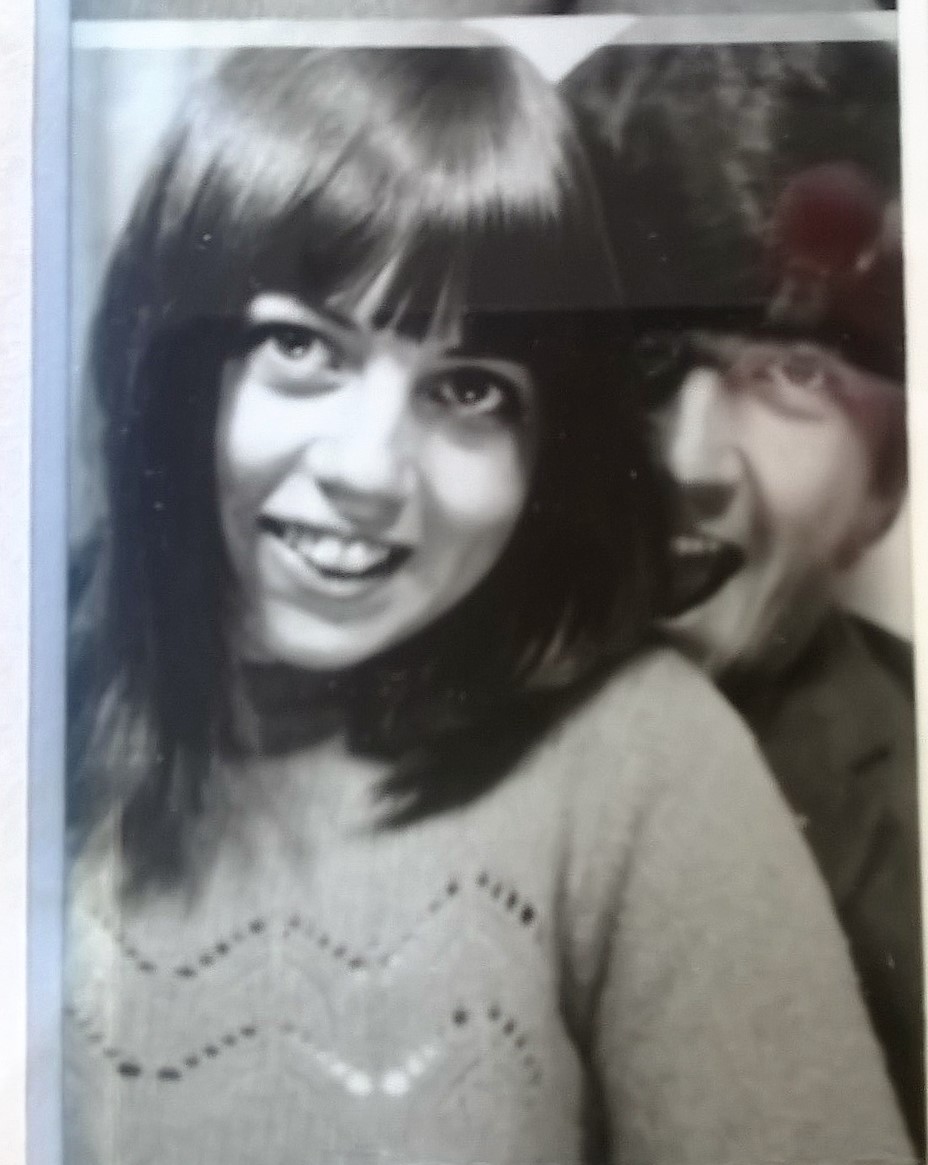 Let’s end with Elvis – I do hope my Mum has satisfied any conspiracy theory she had going (oh, yes, she will have had), and met him up there:

It’s great to get patient stories and here’s one to encourage those of you who are anxious about going for your breast screen. Thanks to Jean Phillips for sharing this with us and telling us Read more… 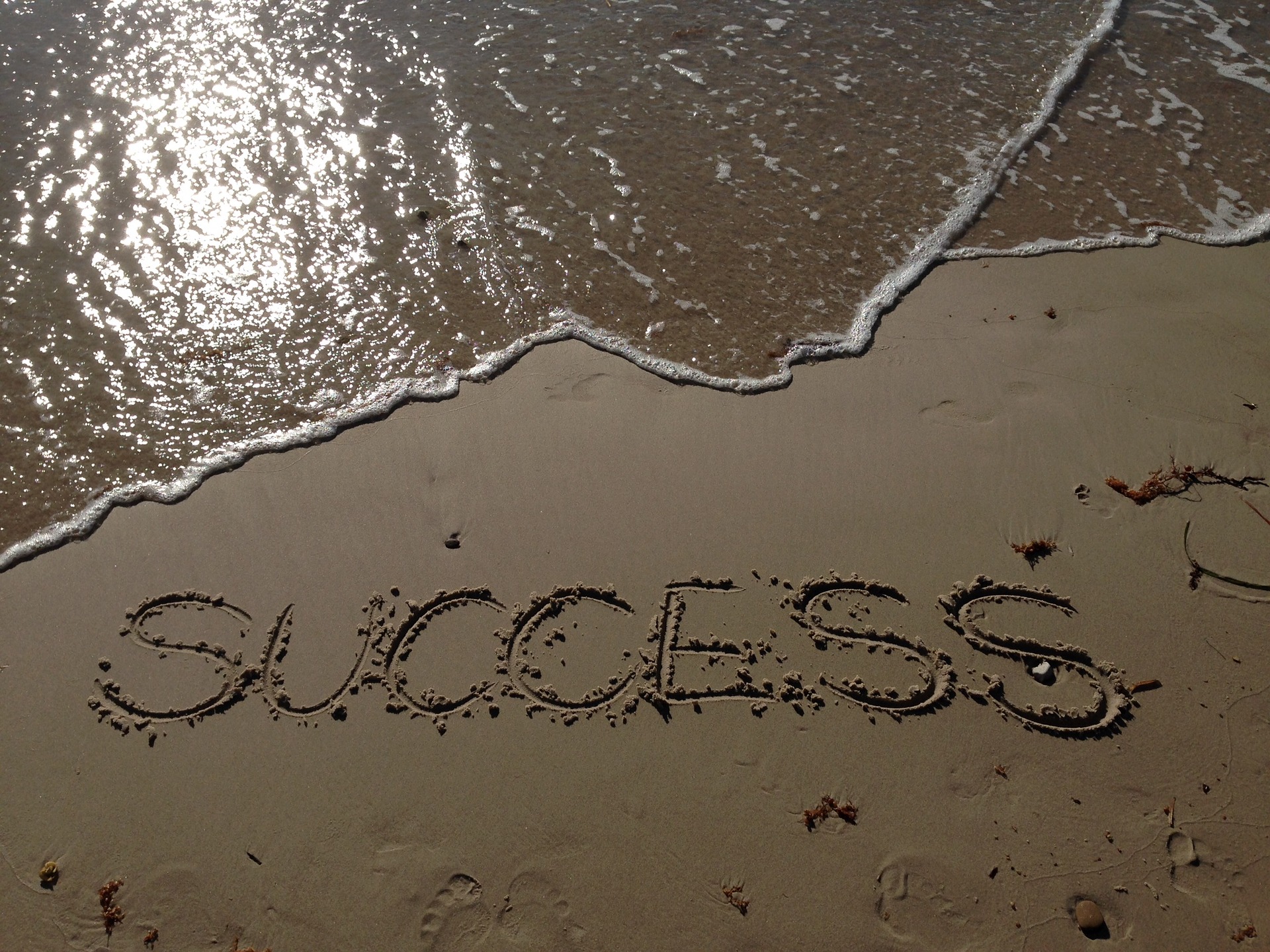 Mammograms for physically disabled women Planning To make an accurate diagnosis, the mammogram has to be of a high quality.  This requires a complex set of skills and a good partnership between the radiographer and Read more…