Geraldine Shires, mammographer at the Nightingale Centre in Manchester, has dedicated her working life to ensuring women who need breast imaging get the best quality of service at what is often a very difficult time in their lives.

One of the silent majority of health professionals who just get on with the job in often difficult and pressured working conditions, here she steps out of the shadows to share her story. 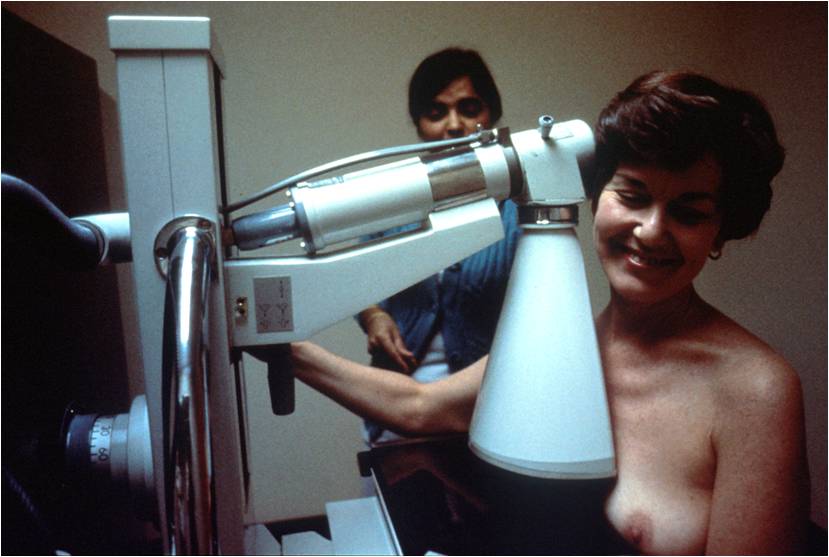 The breast was compressed using a long cone-like attachment in a half- moon shape – large or small as required!

“I was thinking the other day how much mammography has changed since I first started doing mammograms. I started in 1984 at Ormskirk General Hospital doing some symptomatic work. We used single screen films which were placed in plastic wallets and the air was removed from them using a small vacuum pump. The wallet was placed on the mammogram machine and held in place with bulldog clips and the breast was compressed using a long cone-like attachment in a half- moon shape – large or small as required! I dread to think what the films would have been like compared with today. I don’t think we’d have been able to spot too many microcalcifications! I remember we were very pleased when we got our first proper cassettes as they made life a lot easier.

When the NHS Breast Screening Programme was being set up I got a job at Wigan Infirmary to help implement the programme. Originally there was only going to be one breast screening centre in the North West, but because Wigan and Bolton had raised so much money through charitable donations for equipment it was decided that there would be three centres.

I started work on March 1st and screening commenced on the 25th. We had no computers – just word processors and a daisy-wheel printer. I remember we were discussing how many women should be invited per day and we settled on 40. We didn’t know if that would mean we’d be rushed off our feet or quiet, since no-one had done screening before so we had no template to help us. In the end everything was fine, but we were very relieved to have finished the first day in one piece!

When we did localisations and FNAs we didn’t have any stereotactic techniques to help us. There was a compression plate with movable wires so it was pretty literally X marks the spot! All the films were still processed in a darkroom so it could take quite a long time to process a full day’s screening films. The first mobile units had small dark rooms, but later as technology improved the x-ray room could be used as a darkroom if required. Film magazines had to be loaded each morning and I’m sure I’m not the only person who used to check two or three times to make absolutely certain I hadn’t loaded the films the wrong way round which would have meant lots of women having to be recalled and a lot of work wasted! Films were collected and taken back to the department for processing each day and then mounted on viewers to be examined by film readers. 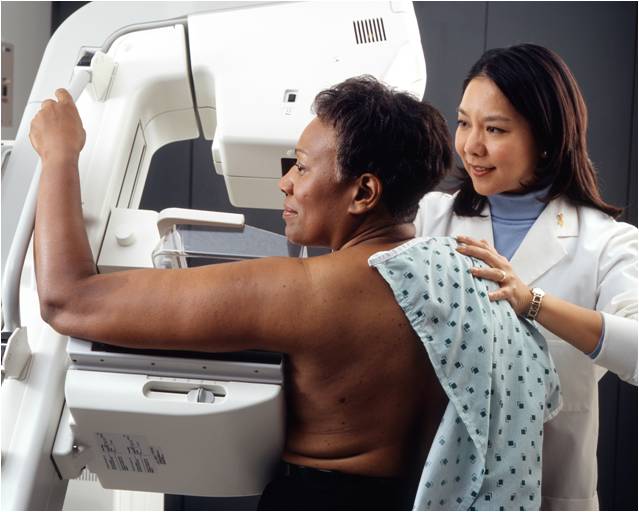 Now everything is digital

Now everything is digital. Images are loaded onto a flash drive and then viewed digitally back at the screening centre. Mammographers can check images on the van thus cutting down on the number of women having recalls for technical issues. We don’t have to carry heavy cassettes around anymore or worry about accidentally fogging the hopper. Things have definitely improved but I have to confess to feeling a bit of nostalgia occasionally for the old days!”