Bev Scragg, mammographer at East Lancs, reflects on the findings into an audit into Trust social media policies and found some surprising things!

So, you’re a mammographer working in the NHS and you’ve heard about this entity ‘Social Media’.  The kids are all ‘doing’ social media, whatever that is – is it Facetube? Chatsnap? InstantGran? Anyway, even the hospital you’re working for is rumoured to have a Twitter account; according to the internal newsletter they are ‘engaging with the local population’. Whatever. You’ve had some conversation with your manager – they’re not so keen on it, because they’ve heard that there’s a risk of putting patient details on the internet. Confidentiality costs; make no mistake 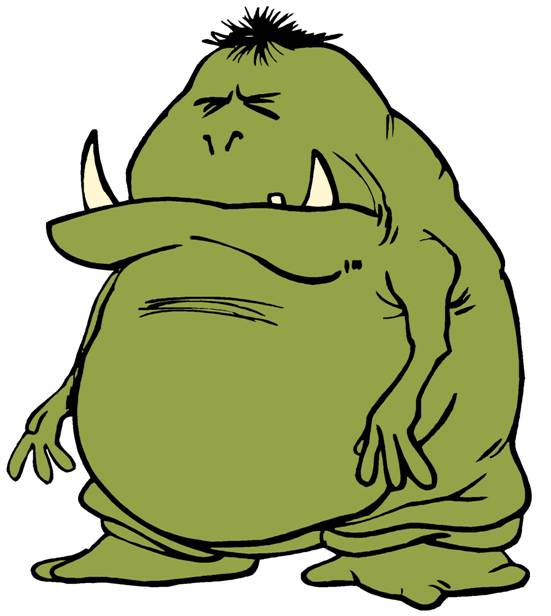 The popular press is full of it – trolls no longer live under bridges goading Billy goats, they’re provoking us on the internet, and going ‘viral’ is no longer something that can happen to us if we get too close to the A&E waiting room, it’s something akin to one of those nightmares where you’re naked in front of the vicar at your wedding. And it could happen to you! If you go on social media!! 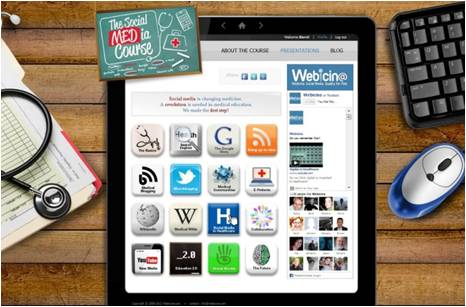 And then there’s the other side of the story: a colleague participates in tweet chats with other professionals across the globe and collaborates with them in a research project; students that you’re mentoring are using online presentation apps for their learning; Wikipedia has the answer to that anatomical query that you have, a colleague mentions that they are in a Facebook group dedicated to your profession….and now you’re really confused. Is it good or bad? Your employer should know, surely? So you turn to your Trust social media policy, hoping for the answer. What do you find? 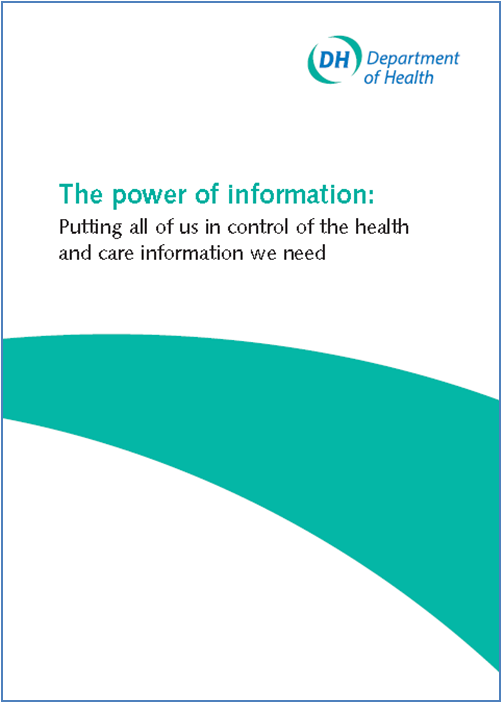 The Power of Information

At this point, considering all NHS Trusts have one thing in common – the NHS – and that the NHS has a communication strategy encouraging the use of social media, then you would be forgiven for assuming that there would be a general consensus on using social media. So did we, but this is not the case.

We gathered together and looked at all the NHS Trust social media policies in the northwest region (of England), and we found a vast difference in the way that health professionals are advised on this subject. As we know, we receive mixed messages from all around us to start with, but the policies don’t help clear that confusion. So what do they say?

Ten Trusts are responsible for breast screening provision in the region – only nine have policies, so one Trust is not saying anything at all. We looked at the overall tone of the policies – did it encourage or discourage staff to use social media? Of the remaining nine Trusts, only three were encouraging, and seven were discouraging. Spot the maths error? Well, no, because one policy managed to promote social media usage whilst discouraging it on other pages of the policy, but also being the only policy that enabled staff to use it by offering training and internet access on Trust devices. Mixed messages indeed.

Some of our audit results presented at Symposium Mammographicum 2016

We looked again at the policies in more detail – two of us went through them word by word, categorizing each paragraph. What issue was mentioned most frequently? What were the NHS employers most concerned about? Well, they either covered the subject of social media either very comprehensively, with dedicated policies, or briefly mentioned it when dealing with general internet use in other policies. So, a few employers went into detail about how employees should behave online, both in their personal lives and professional life; addressed how and when social media should be accessed, and whether or not Trust computers could be used – and the other employers weren’t so specific, or didn’t mention these issues at all.

A minority of policies did acknowledge the benefits of using social media for staff and for patients – direct engagement between health professionals and patients was not encouraged, however – but the potential for learning and education was recognised. 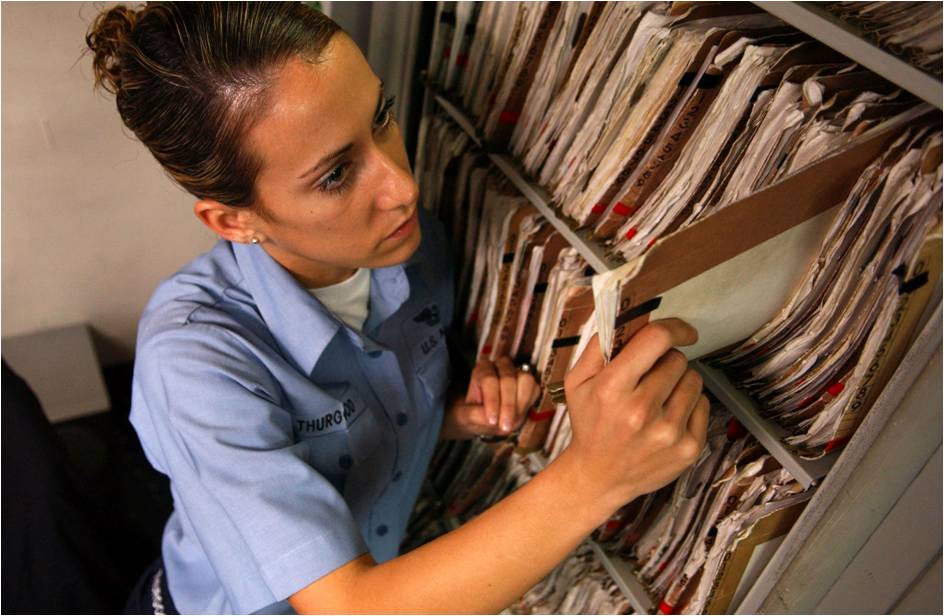 Patient confidentiality was frequently mentioned by the policies: the protection of patient data is paramount within the NHS, and rightly so. This, along with other information governance topics, such as safe use of password protected IT systems, and the misuse of systems for illegal acts was covered by all employers, and in more than one section of the policies. This isn’t surprising – it would be more surprising if a policy governing internet use didn’t talk about patient confidentiality and information governance. So if you’re a mammographer, the expectation is that you would know this already – from the very first day of training, in fact.

What was surprising was another theme that emerged when we looked through the policies, one that outdid patient confidentiality in how often it was mentioned and reiterated, and that was ‘upholding the reputation of the Trust’. It seems that employers focus most intently on urging their employees to behave in a way that protects their ‘brand’ or image – and policies were skewed towards this. All of the policies made their employees aware that online behaviour that did not protect the reputation of the Trust was strictly forbidden.

Another phrase that was included in a lot of policies was ‘work-related issues’, along with the instruction not to discuss these on social media. We found this a curious phrase – this could mean anything, from discussing the best way to practice something, to gossip about a colleague. Such vague guidance doesn’t help any mammographer wanting to know whether using social media is a good or bad thing.

Only one Trust offered training for staff in the use of social media; this passes the burden of responsibility onto the individual rather than the employer in knowing how to use social media in a way that protects the Trust’s image. Viewed like that, it doesn’t seem entirely fair.

How could we do things differently? Mammographers should be able to benefit from the use of social media, as part of their commitment to lifelong learning and development as a health professional. We would like to see Trusts align their policies more with the NHS vision for using social media in health communication, and end the confusion currently common amongst health professionals.

Let’s all benefit by applying the use of social media in our daily work to increase productivity, efficiency and respond to the public’s raised expectations!

Bev reported her results in poster form (co-authored by Shaheeda Sheikh; mammographer at the Manchester Nightingale Breast Centre and Leslie Robinson; Senior Lecturer at the University of Salford) at Symposium Mammographicum this year. The abstract of which was as follows:

NHS Strategy promotes the use of Social Media (SoMe) to engage online with patients in innovative ways. The WOMMeN breast screening SoMe hub has been developed in response to this strategy. The College of Radiographers has funded work to identify practitioner attitudes to the hub. One key finding has been that some practitioners feel actively discouraged from using SoMe by their Trust communication policies. This is at odds with the NHS strategy and the Society and College of Radiographers’ SoMe Guidelines. We report an audit of NHS Trust policies to confirm/dispute these perceptions.

The NW of England’s breast screening programme comprises ten NHS Trusts; we accessed their SoMe policies, online or from the communications team with permission.

A framework analysis method was used. After initially reading the policies, two mammographers developed a framework for more detailed analysis of content and tone. They then independently analysed the policies using the framework demonstrating a high level of agreement upon final consensus.

Across the policies there were inconsistent messages, excepting regarding patient confidentiality.

Seven Trusts were prohibitive in tone, incorporating rules and restrictions on use, three were encouraging, including guidance on how to use SoMe in a positive way. One was enabling, providing staff training.

Practitioners across one region receive inconsistent messages regarding SoMe. This is at odds with national strategy and professional body guidance. We maintain that this is a barrier to the use of SoMe, depriving practitioners of professional collaborative benefits and stifling innovation for patient benefit.