Thank you to Liz Morton, one of our WoMMeN research participants, for sharing candidly her experiences of screening.

I have always been aware of the importance to check my breasts regularly for lumps, puckered skin, discharges etc. Perhaps because being and staying healthy was an important facet to my life. 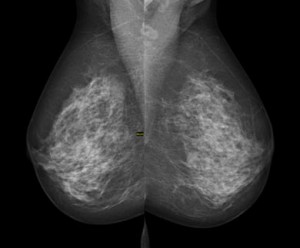 In January 2010 I received a letter from my NHS trust to say I had been included in a trial for Mammography. The letter explained that ordinarily, women are called for a Mammogram from the age of 50, up until the age of 70, but in Solihull the age range was being extended to include women from the age of 47 to the age of 73. I was 3 weeks away from my 48th birthday.

I had mixed feelings – I knew that screening was something we should attend, however listening to other people talk about how uncomfortable it was to be screened – and ladies I knew had likened the process to having your boobs flattened into a kind of press. Notwithstanding, there was no way I wasn’t going to attend, so off I trogged to Solihull Hospital to the temporary portakabin housing the Mammography team and equipment, located near the staff car park.

The staff were very welcoming, and explained what would happen during the screening process. I felt quite relaxed waiting for my turn and engaged in a conversation about the screening process – and enquired about how many women don’t actually turn up to their appointment, which felt, to me at least, worryingly high.

The actual mammogram was an easy and comfortable process, the mammographer treated me with dignity, even when I suggested she manoeuvre my breasts into the right position to ensure she got the best image for the screening process. 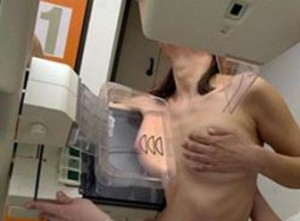 A couple of weeks later, a letter arrived to say that everything was ok and I would be called back in 3 years. All good.

Just before my 51st birthday – again in the January I was called back for my next mammogram. No fears this time, back to Solihull where there was a little bit of snow on the ground and it was bitterly cold. Again, the process was very straightforward and comfortable, I was made to feel at ease and didn’t think there was anything to worry about this time – I had still continued to check my breasts regularly and there were no lumps, no puckering, nothing I was worried about, no obvious symptoms – of anything.

Around 2 weeks later, a letter arrived just as I was leaving the house to go to a meeting. I took it from the postman and put it in my handbag. Arriving at the meeting a good 15 minutes early I opened the letter and couldn’t quite believe what I was reading – That I had been recalled to Coventry Hospital for a further mammogram and possibly a scan and even a biopsy. But the actual appointment shouldn’t be longer than 1 hour. Fear gripped at me, nothing in the letter indicated anything really, other than it was a recall. I texted my GP who is also a family friend – saying I was trying not to worry or be hysterical, but could she help me understand why this might be the case. She called me and explained it could be anything and not necessarily breast cancer – cysts, microcalcifications, the need to do another image etc. I calmed down and stopped worrying until the day of the appointment, 5 days later.

On the day, I drove to Coventry in good time for my 10:00am appointment, parking was a nightmare, so I abandoned my car on a verge and spoke to the parking manager who assured me it would be ok to leave it there. I left my briefcase in the car, packed with notes about a new client in readiness for a conference call with my colleagues that I had arranged for 12:30.

Once I found the breast unit (map on the back of my referral letter), I checked in and sat and waited along with a few other ladies. We didn’t really speak to each other, perhaps each feeling anxious and tense at what might unfold in the next hour.

I was called to a room and spoke with a breast nurse, who talked to me about breast cancer (wait – I’m jut here to get re-imaged right?, there isn’t actually anything WRONG here, its just the image wasn’t quite right was it? RIGHT? RIGHT???). She explained to me that there were some areas in my breast (which breast I asked?) in my right breast that merited a second look, and that was what today was about. Being the sort of inquisitive person I am I asked outright if I had breast cancer – I’d now started to put 2 and 2 together and came up with 50 – why would she be counselling me about breast cancer when it wasn’t even proven that I had it?? Puzzled, but more disconcerting, “they” knew something I didn’t. 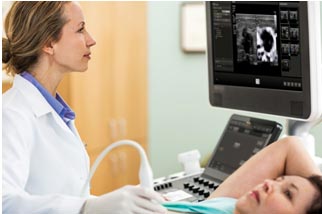 Back to the waiting room and then into a further room for a scan on my right breast. I was talking to the sonographer all the way through and she told me that there were 3 areas of concern, two in my breast ducts, and one in the tissue. I sat in the waiting room, awaiting my fate. Was called back again and they said that after looking at the scans, they would like to do a biopsy. Alarm bells……..

The biopsy itself was pretty painless, a bit of pushing and shoving in my breast and a bit of repositioning from time to time. It seemed to take ages, and afterwards, I sat in the now empty – bar one lady – waiting room. We started to chat and both said we felt concerned, as everyone else had left and here were us two – troublesome twins. We both had come to the appointment alone and were trying to determine the merit of having a partner or a friend with us, or doing this on our own. I think on balance we both agreed that we were better alone!!!

I was called back and the team said I would need to have my final biopsy under mammography conditions – the area of concern was deep and awkward to reach under ultrasouns, so off we went to the mammogram room. The ladies were very kind and could sense my worry, and although they remained totally professional and didn’t comment when I asked if it was cancer, I knew. I had been there almost 3 hours, had missed my conference call, and hadn’t been able to text the people concerned as there was no signal for my phone in the hospital. I left the hospital with an appointment for the following week – Valentines day, at Solihull Hospital, got in my car and picked up what seemed like a dozen messages and texts from my husband and friend asking me to call them to let them know how I had got on. 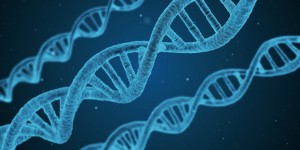 The rest is history – I was diagnosed with Stage II, Grade 3 HER2+, ER+ breast cancer. I had a mastectomy and reconstruction in March 2013, started 8 cycles of chemo in May 2013 (4 x Epirubicin and Cyclophosphamide and 4 x Taxotere), followed by 18 cycles of Herceptin, and currently 18 months into a 5 year term of Tamoxifen.

What I will say is that I am a massive advocate of screening – notwithstanding it picked up my early tumours, the cancer had not spread to my lymph nodes and I was able to be treated promptly. The more worrying thing is that I had no symptoms, did not feel unwell and had no concerns. But yet I had breast cancer.

I think having an earlier image to compare with the one in January 2013 was a really good thing for me, and I also think that had I not gone for my screening, then the situation may be very different. I know there are no guarantees with this insidious, destructive, sly disease, but I feel reassured that screening gave me a better chance of dealing with breast cancer.

I would urge all ladies eligible for screening to take up the opportunity. I will even go along with you if you need someone with you. If one just one more lady goes for screening who originally didn’t intend to as a result of this work we are doing, then that’s a massive bonus in my eyes.

Have you been called for screening because of the extended trial? What have your experiences been?

Has having someone offer to go with you, meant that you have attended for screening which you would not have done otherwise?

If you received a letter for a second referral, what would you want to know?